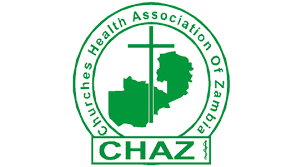 CHURCHES Health Association of Zambia (CHAZ) has spent over US$1.6 million since 2016 in promoting access to social services which include tertiary education.

Fr Matepa was speaking when he opened a forum on the AGAPE project in Lusaka yesterday which has drawn participation from District Education Board Secretaries, teachers, health personnel, traditional leaders and female pupils.

He said the project which originally started supporting vulnerable girls in 2016 with 1,749 beneficiaries, had extended support to boys under the 2018-2020 grant.

Fr. Matepa stressed that a comprehensive HIV/AIDS policy and programme was essential to halt the rising cases of infections among adolescents in the country.

And Ministry of General Education Assistant Director for Standards Prisca Simukonda said government was committed to strengthening the implementation and delivery of comprehensive sexuality education in schools across the country.

Simukonda said the revised curriculum was intended to provide skills, values and information to young people in the country in order for them to make informed decisions.

And National AIDS Council Representative Helen Mubanga said the AGAPE project was a great opportunity for Zambia to reduce the rising numbers of new HIV/AIDS infections among adolescents, which currently stood at 43,000 annually.