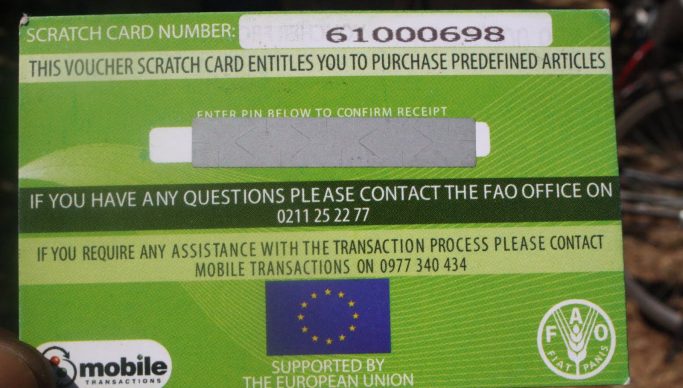 AN agro-dealer in Chinsali has disappeared with about 600 beneficiaries’ deposits under the Farmer Input Support Programme (FISP) in Chinsali district, Muchinga Province.

Meanwhile, Chieftainess Waitwika of the Namwanga people of Nakonde district has hailed government for releasing money to pay small scale farmers who sold their maize to the Food Reserve Agency (FRA) in the district last year.

Agriculture minister Michael Katambo said government would not  engage criminals masquerading as agro-dealers to supply much-needed inputs to the farmers in the future farming seasons.

In an interview with newsdayzambia.com Katambo disclosed that an unscrupulous agro-dealer in Chinsali ran away with about 600 beneficiaries’ deposits under FISP and the matter was reported to police in Muchinga Province.

“I’m also waiting for the report from the regional Commissioner for the Zambia Police, the provincial minister and the Provincial Agricultural Coordinator otherwise we did our part, that of reporting the matter to the relevant authorities,” he said.

Meanwhile, Chieftainess Waitwika also expressed gratitude that agro-dealers had been paid to enable them supply farming inputs to the small-scale farmers through E-Voucher system.

Speaking at her palace yesterday when Muchinga Province Minister Malozo Sichone paid a courtesy call on her, Chieftainess Waitwika said, “the payment of the remaining small-scale farmers in the border town is long overdue. Farmers urgently need the money to pay school fees for their school -going children as well as acquire farming inputs for the 2018/2019 farming season”.

She said any further delays to pay agro-dealers was going to affect crop production this season.

And Sichone said government had released K 8.3 million to pay the farmers in Chinsali, Nakonde and Lavushimanda who sold their maize to FRA in the last crop marketing exercise.

Sichone said over K 5 million is meant to clear all the farmers in Chinsali and K2 million as part payment of the balance K10. 5 million for farmers in Nakonde.

Sichone disclosed that government had released K2.2 million and K1.2 million to pay agro-dealers in Chinsali and Nakonde districts respectively.

“Agro-dealers started serving small scale farmers by midday on Friday, February 1 as  funds have already started hitting the accounts of respective agro-dealers beginning with those with accounts with Zambia National Commercial Bank and those with Indo Bank,” he assured.