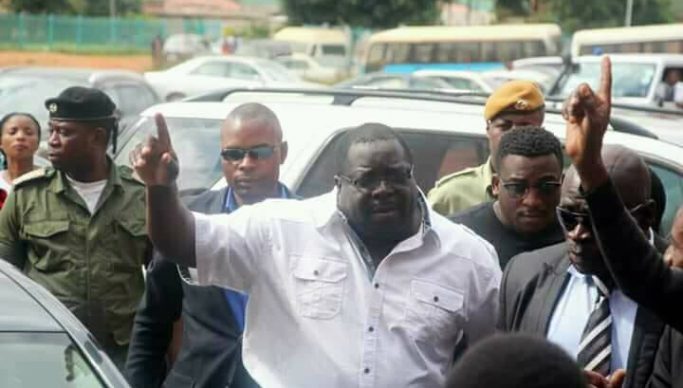 Kambwili said that he was concerned that Chinese run mines were not paying Zambian workers salaries in accordance with the labour laws of the country.

“This is in comparison to other mines operating on the Copper belt and North Western provinces. Most Chinese investors in Zambia are breaking the law with impunity,” said Kambwili.

He wondered why the PF government was allowing this to continue even in the wake of public outcry.

“I want to warn you my Chinese brothers – NDC is not against Chinese investment in this country. The NDC supports any meaningful foreign direct investment if such investment fully benefits Zambians, I want to remind my Chinese colleagues that NDC in government will not allow exploitation of our labor force. Look at the salaries that the Chinese are paying our Zambian workers, it’s shocking! Miners at NFCA and Chambishi metals are paid two thousand kwacha as take home pay. I won’t allow this when voted into power,” he said.

Kambwili noted that Chinese investors in Zambia have become unruly because of corruption.

“These Chinese can’t even respect our own labor commissioner. You saw what happened recently on Muvi TV when the labour commissioner visited Avic International in Kabwe district. These Chinese are fearless because they are eating with corrupt and criminal elements in this regime. They have no regard for the law. They have become untouchable. Let me remind these Chinese, watch the space. I will make you start doing the right thing. Chinese cannot be allowed to be exploiting our mineral wealth and leaving us poorer than they found our country,” said Kambwili.

He added that Chinese investors rushing into Zambia should respect the local people and pay them reasonable and acceptable salaries if they did not want to be at variance with authorities.