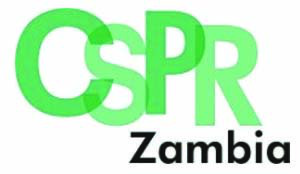 CIVIL Society for Poverty Reduction (CSPR) says the Food Reserve Agency (FRA) should have enough food to give to those that have been hit with hunger if the country really did record a bumper harvest in the previous harvesting season.

CSPR vice Board Chairperson Partner Siabutuba said if the country recorded a bumper harvest as has been reported, then people should not be asking for relief food.

Siabutuba also said that it was difficult for the poor to find economic opportunities to sustain themselves hence the hunger situation is very difficult to change.

“They require Social welfare support from the government for them to survive,” he said.

Meanwhile, the Civil Society Organisation Scaling Up Nutrition (CSO-SUN) says there is need for Zambia to diversify food production to drought resistant crops.

CSO-SUN Country Director Matthews Mhuru said that the country needed to change its approach to production in order to address some of the challenges of nutrition.

“Changing the approach will also reduce the production cost for small holder farmers”, he said

And Opposition United Party for National Development Nkeyema Member of Parliament Kapelwa Mbangweta has described the 2018-2019 distribution of farming inputs to farmers by government as disastrous.

Mbangweta said it was worrying that up to now farmers in his constituency had not accessed the farming inputs.

“I feel government has not made deliveries of the farming inputs to the agro-dealers in the area, a development which has in turn affected farmers,” he said.

He has since challenged Minister of Agriculture Michael Katambo to make an impromptu visit to the area in order to appreciate the challenges famers were facing.

Meanwhile, Kaoma Central Member of Parliament Morgan Sitwala has called on people in the area not to shun developmental meetings as doing so would deprive them of the needed information on developmental projects.

Speaking yesterday during a stakeholder’s meeting held at Kaoma Trades Training Institute, General Sitwala said that most people were fond of avoiding planning meetings and yet wanted to blame government when there is no development in the area.