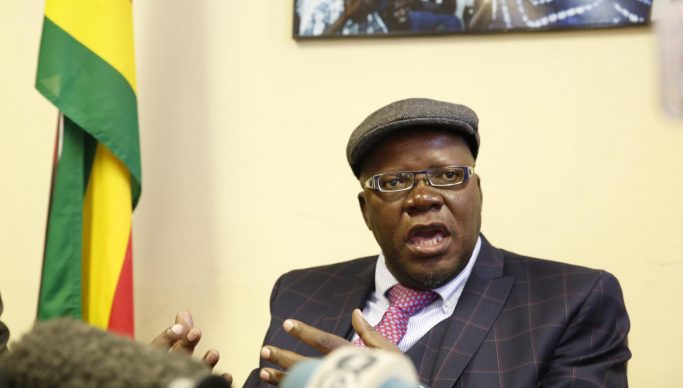 The Movement for Democratic Change (MDC) Alliance leader Tendai Biti has decided to hand himself over to the Zimbabwe Republic Police who are accusing him of having triggered the deadly post-election violence in Harare.

Biti, a former finance minister in the Government of National Unit during the Robert Mugabe presidency, will avail himself to the police at around 14:00 hrs local time, according to his lawyer Nqobizitha Mlilo.
About three people have so far been shot dead after a combined team of ZRP and Zimbabwe Military forces clashed with opposition MDC supporters aggrieved at the Zimbabwe Electoral Commission’s delays in announcing the results.
During a late-night press briefing addressed by home affairs minister Obert Mpofu and the head of the ZRP in Harare, it was announced that the police would be asking Biti and an MDC youth leader to help them with investigations into the poll-related violence.
Mpofu piled blame on the MDC top leaders for the destruction of property and the fatalities connected to Wednesday’s post-election violent protests.
But Mlilo expressed wonder that his client was requested to avail himself to the law enforcement agencies via a press conference.
“We don’t know what they want him for,” said an emotional Mlilo who also complained that Zimbabweans have had their elections stolen from them for a long time now. “The Zimbabwean problem is an African problem that requires an African solution.”
Meanwhile, the Commonwealth Election Observer Mission delegation leader John Dramani Mahama, a former president of Ghana, said the force that was applied against the opposition prosecutors was disproportionate and had marred what was a peaceful electoral process.
He also said whenever citizens were not happy with any electoral process they had the right to seek legal redress.
Mahama said the army should not have been deployed onto the streets to quell the protests because the police should have been adequate for that job if only their preparedness was top notch.