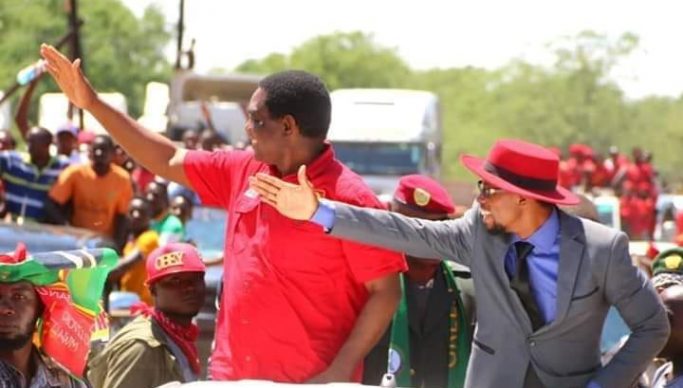 UPND candidate Romeo Kang’ombe has been declared winner of the Sesheke parliamentary by-election after polling 7,768, ahead of the closest rival Dean Masule of the ruling Patriotic Front with 3,297 following provisional results.

Meanwhile, PF deputy general secretary Mumbi Phiri blamed the police for ‘participating’ in the violence perpetuated by the ruling party and the arch-rivals, UPND.

Returning Officer Joseph Kanyemba this morning announced Kang’ombe as the winner after counting and tallying the received 35 of the 43 polling stations results.

“Therefore, in accordance with the electoral process Act 73 (b), having ascertained, tallied the results and considered the results of the remaining number of registered voters of 3,164 in the eight polling stations remaining that it will have no effect on the outcome of the election results received so far, I Joseph Goefrey Kanyimba, being the returning officer for Sesheka by-election do hereby declare that Romeo Kang’ombe of the United Party for National Development is having duly been elected as member of parliament,” he declared.

Soon after the declaration, UPND chairman for elections, Garry Nkombo addressing supporters in Sesheke, appealed to President Lungu to step up and stop the brutality that characterized elections.

“People of Sesheke have been fed with breakfast, lunch and supper,  all they eat is teargas – we don’t need all that,” Nkombo said. “President Lungu, with due respect my friend – everything has its own time, your time may be now, the future time might not be yours, just remember that what has happened today is that people’s voice has resonated”.

He thanked all those who participated in the elections and contributed to the victory of Kang’ombe and the party in general.

“We want to thank the PF for their participation, we want to thank everybody who took part in this election,” he said. “Romeo Kang’ombe has been accepted by everybody in Sesheke. It was a long and also a difficult journey, we have suffered a lot of losses as a result of police brutality.”

Kang’ombe said he was humbled by the confidence shown in him by the people of Sesheke.

He said his victory was indicative of the rejection of the ruling party amidst the brutality that was unleashed on the people of Sesheke during the campaign and voting period.

Kang’ombe thanked electoral officers as they were working under very difficult circumstances, which included attempts by ‘an invisible hand’ to circumvent the will of the people.

And during a phone-in Hot FM breakfast programme, Phiri accused the police of participating in the harassment of PF cadres who had travelled from Lusaka to join the campaigns.

When pressed further why the ruling party would not take action against the erring officers, Phiri responded, “I don’t have powers, am not Inspector General of Police,  am not in charge of police.”

Phiri wondered how an Officer in Charge in Sesheke who was her fellow bemba tribesman could harass cadres from the ruling party.