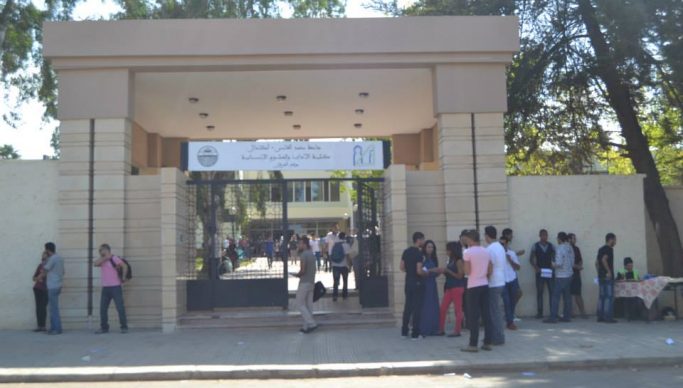 One in three Moroccan university graduates cannot find a job due to slow economic growth, under-investment and an education system that fails to develop employable skills, the kingdom’s planning chief said in an interview.

Morocco sidestepped the uprisings that upended much of the Arab world in 2011 but has seen protests driven by poverty and unemployment erupt more recently in some neglected regions.

King Mohammed sacked the minister for the economy and finance, the Royal Cabinet saidon Wednesday, three days after he urged action to tackle social and economic problems including meager investment.

“In the last five years, an average 60, 000 people have graduated annually from Moroccan higher educational institutions, of whom 20, 000 can’t find a job,” Ahmed Lahlimi, head of the High Planning Commission, told Reuters.

Lahlimi said the jobless rate dropped to 9.1 per cent in the second quarter of 2018 from 9.3 in the same period in 2017 but this was down largely to the farm sector after abundant rainfall.

Based on likely future agricultural output, however, GDP growth is expected to slow to 2.9 per cent in 2019 from a forecast 3.1 percent this year, Lahlimi said.

“With such slow growth, Morocco is not doing enough to significantly curb unemployment and bridge social disparities. The impact of growth on job creation has continued to diminish since 2000,” he said.

The education system needs improvement ranging from pre-school to university. Education is the social ladder that could lift people out of poverty, reduce disparities and fight social inequalities. Vocational training is key but continues to attract largely failed students. [It] should attract people who are motivated to do jobs that meet the needs of the job market in tandem with technological advancements.”

The North African country has in recent years lured of dollars in investment in renewable energies, the automotive sector, aeronautics and tourism, but many young people still struggle to find jobs.

Rising exports, he said, do not reflect the reality of Morocco’s dependence on imports that weigh on the trade balance.

The biggest exporting industries such as the automotive sector depend largely on imported parts.

“This further impacts Morocco’s finances and deepens the trade deficit,” he said.

The deficit widened 7.8 per cent to 100.832 billion dirhams (US$10.64 billion) in the first six months of 2018 compared with the same period last year, with cars topping exports.

Lahlimi also said Morocco recorded an exceptional harvest of 10.3 million tons of cereals this year but in 2019 anticipates a harvest lower than those in 2017 and 2018.

“We can only have a clear picture of the crop year in January,” said Lahlimi./Reuters

China to invest over $14 billion in SA

Botswana has become an angry nation due to high unemployment – Jopi

Zimbabwe Veep in SA for treatment

Four-year hunt for Malaysia Airlines ends with no results

I am running for presidency, Lula writes from prison

21 dead in Kenya after dam burst

Nothing has changed in Zimbabwe –  ZCTU

S A army takes over hospital

Reflection on Mapfumo’s return to Zimbabwe

U.S. to cut aid to countries opposing it at UN

Anxiety among Cubans as Castro is set to resign

More than 400 newborn babies in SA infected with listeriosis

Democracy at Risk in Brazil, Rousseff

Ghana votes to host U S military base

US denies putting up military base in Ghana

South Sudan runs out of cash

EU may hit back at Trump’s trade tariffs

Brazil’s Lula vows to fight until he wins

Zim elections in July or August