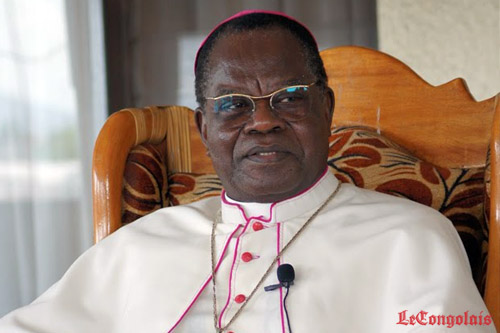 THE leader of the powerful Roman Catholic Church in the Democratic Republic of Congo has attracted sharp rebuke from the embattled Joseph Kabila-led government after saying during a mass organised for victims of police brutality that it is time truth won over systematic lies and mediocre leadership in that country.

78-year-old Cardinal Laurent Monsengwo, the Archbishop of Kinshasa, last Thursday conducted mass in the DRC capital which, according to a posting on the Facebook page of the Friends of the Congo, he dedicated to the victims of ‘police brutality’ in the aftermath of the security personnel’s deadly disruption of a church gathering praying for an end to Kabila’s 17 years in power.

Cardinal Monsengwo likened those who had died from what he called the police’s barbaric acts to martyrs of the country’s independence struggle.

“We can only denounce, condemn and stigmatise the behaviour of our supposedly courageous men in uniform, who, sadly…are channelling barbarism,” he said. “It’s time the truth won out over systematic lies, that mediocre figures stand down and that peace and justice reign in DRC.”

In the fracas that Cardinal Monsengwo is referring to government troops threw tear gas canisters in churches and fired bullets into the air to disperse the church gathering in the central city of Kananga. According to the protest organisers 12 people were killed whereas the United Nations places the death toll to at least five, 92 injured and 180 people arrested.

However, Cardinal Monsengwo’s latest remarks on the New Year eve incident immediately triggered sharp rebuke from the Kabila-led administration, with a caution that churches should be neutral in politics.

“Monsignor Laurent Monsengwo has made insulting remarks about the leaders of the country and the forces of order,” a statement issued by the Council of Ministers read. “The government cannot accept that such statements come from a minister of God.”

Almost half of the 80 million Congolese claim they are Roman Catholic Christians.

In 2016, the Roman Catholic Church in the DRC brokered an ill-fated deal where in a measure to avoid a bloodbath, Kabila was allowed to stay in office provided new elections were held in 2017.

But after that, the government announced that the crucial elections would be held in December this year.

Cardinal Monsengwo is historically known for having played a pivotal role in compelling dictator Mobutu Sese Seko into moving the former Zaire towards a multi-party democracy.

China to invest over $14 billion in SA

Botswana has become an angry nation due to high unemployment – Jopi

Zimbabwe Veep in SA for treatment

Four-year hunt for Malaysia Airlines ends with no results

I am running for presidency, Lula writes from prison

21 dead in Kenya after dam burst

Nothing has changed in Zimbabwe –  ZCTU

S A army takes over hospital