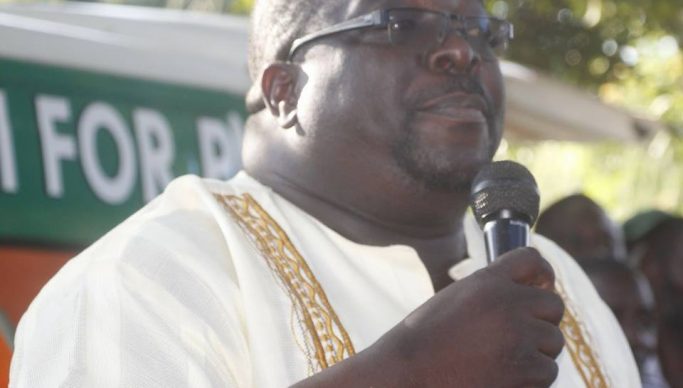 A police callout was sent to his residence yesterday.

Kambwili confirmed that he had received the summon from Luanshya central police for questioning in relation to the past election where the NDC came out victorious.

“Surprisingly when the NDC team went to report those thugs that have come to kill me they were told no police officers are available as all of them have been tasked to have me arrested,” said Kambwili.

He said the police should be looking at arresting those thugs instead of innocent leaders.

Kambwili regretted that the PF of President Edgar Lungu had degenerated to unprecedented levels of violence and intimidation.

And the NDC media team reports that police from Kamfinsa have been deployed in the central business district awaiting Kambwili’s appearance at the police.

They said that they are reliably informed that the police want to have Kambwili locked up.

Most roads leading to Central police have been cordoned off as the police anticipate an “up rise” from the residents.

“We are appalled by this action from the police because known people who were reported of having robbed, butchered our members and damaged two motor vehicles have not been arrested. The statements and evidence were availed to the police but up to now, Bowman Lusambo and his cronies are walking the streets free,” reads the statement.