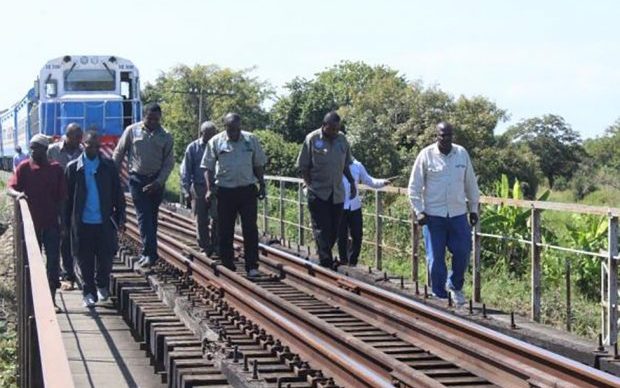 UNIONISED workers at the Tanzania-Zambia Railway Authority (TAZARA) on the Zambian side have staged a sit-in protest following the government’s failure to pay them four month’s salaries.

Silumbe explained that the unionised workers opted to down tools following the Zambian government’s failure to honour its obligation of paying workers, despite TAZARA management’s assurance that the ministry of transport and communications would pay workers in full and on time.

Silumbe explained that the labour movement at TAZARA had been trying to engage transport minister Dr. Brian Mushimba over the continued delayed payment of salaries at the rail company, but their efforts had not yielded.

“We have on several occasions been trying to have discussions on this matter with officials at the ministry of transport and communications, particularly with the minister himself; but all our efforts have been in vein,” added Silumbe. “And the problem is not with management, but with the Zambian government. We have been making efforts to engage ministry of transport and communication officials on this issue, but all our efforts have been falling on deaf ears.”

And Malowa said that his members had expressed dismay with Zambian government’s failure to pay workers.

Malowa disclosed that management at TAZARA and the Zambian government had devised a mechanism “to pay workers in a phased manner.”

“What is currently happening is that management has been failing to pay TAZARA workers on the Zambian side on time. Right now we have not been paid for four months, hence this sit-in protest. What is obtaining on the ground is that government has decided to be paying workers in phases starting with those holding accounts with commercial banks, and not in full. The payments are being done in a phased manner. As a result WUTAZ members have expressed displeasure at this decision. And that is what has led to this strike action.”