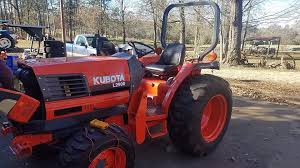 Ministry of Tourism and Arts Permanent Secretary Reverend Howard Sikwela says the equipment handed over to Moomba Community by The Nature Conservancy (TNC) will help improve the lives of the people.

Speaking when he handed over a tractor and sawmill equipment all valued at more than US$5,000 at Moomba Palace in Mulobezi game management area in Kazungula, the Sikwela the gesture was an indication of a true partnership as it impacted local communities.

In a statement issued by Ministry of Tourism and Arts spokesperson Sakabilo Kalembwe, reverend Sikwela said government would not be happy to learn that equipment was only benefiting a selected few individuals as it was meant for the entire Moomba community.

He called on the royal establishment to quickly iron out their succession wrangles so that a Game Management Plan can be put in place.

And Department of Forestry Director Ignatius Makumba said the donated equipment will help the people in the area to add value to their timber, enhance their livelihoods, created employment and wealth.

Makumba said the forester called on the need for continued collaborations between his department and Department of National Parks and Wildlife with cooperating partners like TNC.

He said the initiative should be up scales at national level.

Meanwhile, TNC Country Director Victor Siamudala said the event was the turning point in the history of community based natural resource management in Zambia.

He said his organisation had worked with communities in Mulobezi GMA for the last nine years and they have shown eagerness to not only conserve nature but also to diversify their income streams.

He thanked government for creating an enabling environment for both the forestry and wildlife sectors to integrate communities as stewards of natural resources.

*Image used for illustrative purpose only