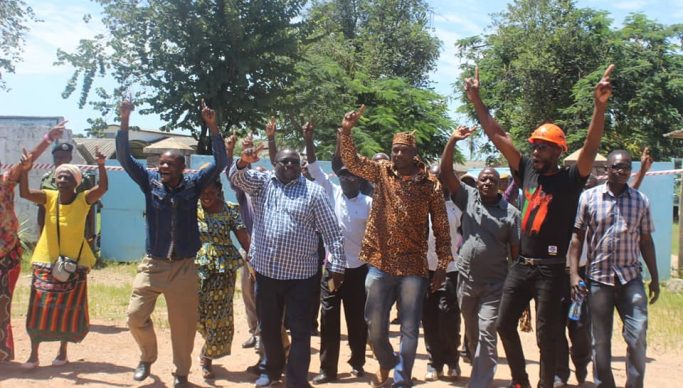 And nominations are reported to be peaceful.

By lunchtime, Chishala had filed his nomination and People’s Alliance for Chnage’s candidate Mwansa Chama. Other political parties that are expected to file nominations are Patriotic Front and United Prosperous and Peaceful Zambia.

Chama, however complained that PF were ferrying cadres from Ndola and Kitwe.

In a statement issued by NDC media team, Chishala 39, has been unveiled as the party’s candidate in Luanshya today and was confident of putting up a resounding fight for the Roan seat.

And the former member of parliament for Roan Chishimba Kambwili who escorted the candidate to file in nominations is confident that the people of roan will vote for Chishala as the first ever NDC parliamentarian.

Voting in the Roan constituency parliamentary by election takes place on April 11.