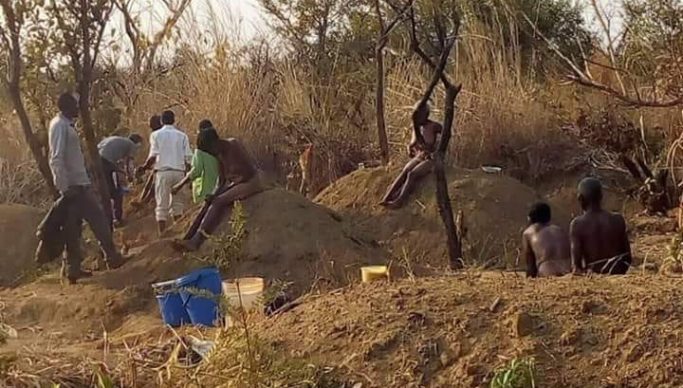 TWO of the 5 alleged wizards who were involved in a witchcraft bizarre last week that stunned residents of Shiwang’andu district of Muchimga Province have died.

Shiwang’andu district commissioner Evelyn Kangwa confirmed the development and named the 2 suspected wizards as Joseph Kasashi and Abel Chibalange who died yesterday around 09:00 hours and 19:00 hours respectively, in a dramatic turn of events.

Kangwa said in the first incident, Kasashi committed suicide while Chibalange was killed on the spot after an angry mob descended on him.

“Police in Shiwang’andu examined the body of the deceased who committed suicide, and police suspect no foul play. I am cautioning the angry community members in the affected village not to take the law into their own hands, Government has already taken a step to handle the matter,” said Kangwa.

Kangwa said two surviving alleged wizards are currently admitted at Matumbo health facility while one is being kept at Matumbo Police Station for safety.

“Despite the unfortunate incident, the remaining alleged wizards will still appear in court. I am appealing to those who practice black magic in Shiwang’andu district to desist from the act,” she said

Kangwa has since appealed to the local people practicing black magic not to take advantage because there is no law patterning witchcraft in Zambia.

And Kasashi Village Committee Chairperson Charles Kasashi said after the deceased Joseph Kasashi committed suicide, an angry mob rose against the 4 alleged wizards killing one, Abel Chibalange on the spot while 2 others, Adson Sakala and Joel Ng’ona sustained cuts and general body pains from the beatings while Michael Kunda escaped unhurt.

Meanwhile Muchinga Province Police Commissioner Joel Njase who confirmed the development, said the five suspected wizards were arrested by the police in Shiwang’andu for allegedly practicing witchcraft and later released on police bond to allow the police investigate further the matter.

*Image used for illustrative purpose only