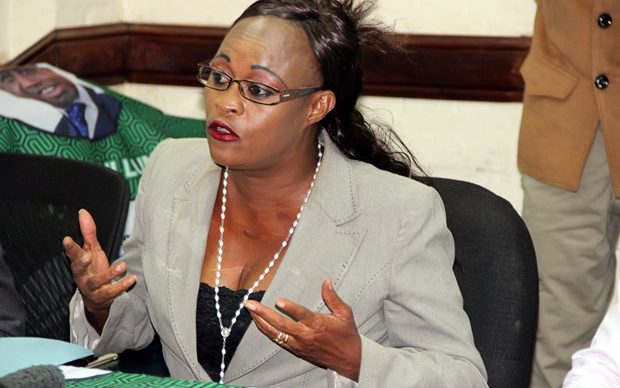 PATRIOTIC Front deputy secretary general Mumbi Phiri has submitted before court that the words uttered by Chishimba Kambwili against her that she was corrupt are punctuated with serious malice calculated to injure her good reputation.

She stated that Kambwili published a statement on October 17 last year alleging that she received money from some Lebanese and Chinese to build her house.

She is also claiming general and aggravated damages and an order of interim injunction.

But Kambwili filed a defence and counterclaim in which he is also claiming exemplary damages of K100 million.

In his defence, Kambwili justified his calling of Phiri corrupt, explaining that it was a fair comment.

Phiri filed a response to Kambwili’s defence and counterclaim, submitting that the latter’s utterances cannot be justified in any way.

“The words complained of cannot be said to be a fair comment regarding her character in the eyes of right thinking members of the Zambian society,” she said.

Phiri stated that she was entitled to injunctive relief in this case because the defendant has already admitted publishing alleged defamatory statements against her and he has shown the propensity to continue with the public based on his illusory assumption that he is justified to publish or that he is making a fair commentary against her character.

Phiri said it was in the best interest of justice for her to be granted injunctive relief in the matter.

“Otherwise, I will suffer irreparable injury to my good reputation… The defendant (Kambwili) will not suffer any injustice if he is stopped from further publishing disparaging and defamatory statements against me,” said Phiri.