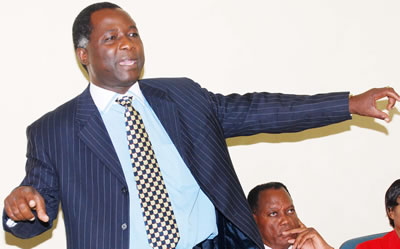 Western Province minister Richard Kapita named the toll gates as Mweeke, between Kaoma and Mongu, Tapo, between Mongu and Kalabo and Lui between Senanga and Sesheke.

Kapita said this followed the completion of construction works at the three toll stations at a cost of K1.5 million.

And western chambers of commerce regional coordinator Fred Mulozi said the development required sensitisation of motorists before opening the centres.

Mulozi told NewsDayZambia.com in a phone interview today that the communities in Western Province depended on trading on the line of rail to order commodities.

“We are just hoping that the toll fees will not be high compared to well advanced areas,” he said.

Mulozi has further urged government to ensure that the funds trickle down to the region to repair the roads.

Meanwhile, Francis Nawa, a motorist said the development was progressive as there was an increased number of trucks  that were using roads in Western Province to avoid paying toll fees on the Livingstone route.

“Setting up of these tolls in the province is vital because the revenue collected can help to repair the roads,” he said.

And Kapita said that the National Road Tolling Programme is a sustainable way of funding road maintenance, construction and rehabilitation of roads in the country.

“The type of toll Stations being opened in the province are small and simplified in nature due to commercial viability because of low traffic volumes,” he said

He said that the projected monthly revenue collection from the three Toll Station is in the range of K1.5 million.

Kapita has since called on all road users in the province to support road tolling as it would generate the much-needed revenue to maintain the road network in Western Province in particular and the nation at large.