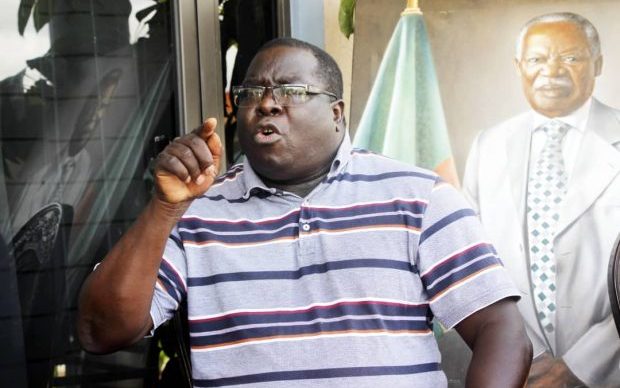 ROAN PF member of parliament Chishimba Kambwili has pleaded not guilty to one count of expressing or showing hatred, ridicule or contempt for persons because of race.

It is alleged that Kambwili on February 19 this year in Lusaka expressed racial remarks on Rajesh Kumar Verma, an Indian.

Appearing for plea before principal resident magistrate Humphrey Chitalu today, prosecutor Juvenalis Kamutondole told the magistrate that Director of Public Prosecutions Lillian Siyunyi had consented the prosecution of Kambwili in exercise of the powers conferred upon her by section 164 of the Penal Code chapter 87 of the laws of Zambia.

Kamutondole tendered the consent before court.

And magistrate Chitalu read the charge which Kambwili denied committing.

Phiri said Kambwili was a well-known figure in the nation who was a serving member of parliament and of fixed abode.

He said Kambwili has appeared and was still appearing in different courts without breaching bail conditions, adding that he had also undertaken to provide sureties and abide by the bail conditions which the court would provide.

Phiri urged the magistrate to admit Kambwili to bail in his own recognizance.

Phiri added that Kambwili’s diplomatic passport was already in the custody of another court, principal resident magistrate Mwaka Mikalile.

State prosecutor Noah Mwanza did not object to the bail application but urged the court to impose conditions which would enable or secure the attendance of Kambwili and that the conditions should not be in his own recognisance.

And magistrate Chitalu in his ruling granted Kambwili a K3,000 cash bail with two working sureties bound in K10,000 but in their own recognizance.

He said the sureties should be resident in Lusaka.

Magistrate Chitalu adjourned the case to March 17 for mention and trial would commence on April 8.

Others were former Kafue member of parliament Obvious Mwaliteta and UPND chairperson for mobilisation Sylvia Masebo.

Kambwili’s wife Carol, son Mwamba and daughters were also at court to offer their solidarity.

Meanwhile, Kambwili who spent a night in the cells was finally released around 16:20 hours after he met the bail conditions.