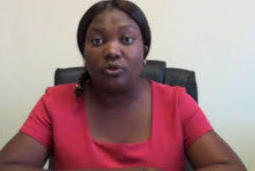 DRUG Enforcement Commission (DEC) has arrested a 44-year-old Lusaka businessman for forgery, obtaining credit by false pretences and money laundering contrary to the laws of Zambia.

And the commission in Western Province arrested and jointly charged two accountant assistants for money laundering activities involving over K300,000.

Katongo said particulars of the offence were that Christopher Banda, 44, on dates unknown but between 1st April 1, 2017 and December 31, 2017 as Director of MNS Global World Limited with intent to defraud a named bank did forge a report and valuation document for a property situated on Stand No. 718 in Kabulonga Extension in Lusaka valued at K1, 400, 000 by inflating the amount to K11, 400, 000 and forged the signature for the director at a named valuation company purporting that the said director signed on the valuation report when in fact not.

“The said documents were uttered to a named bank loan officer and obtained a loan of K4, 000, 000 by false pretences,” said Katongo

And on Thursday the commission in Western Province arrested and jointly charged two Accounts Assistants for money laundering activities involving over K300, 000.

Katongo said the duo stole a total of K387, 412 which funds were meant for orphans and vulnerable children, grants for schools in Kalabo and transportation of maize to various schools under the feeding program.

“The duo further engaged themselves in money laundering activities and acquired various properties among them a motor vehicle, farm animals and household goods which have since been seized by the Commission,” said Katongo.

She said all suspects are on police bond and would appear in court soon.