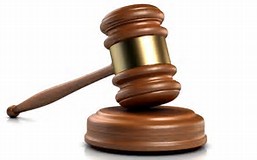 Immigration department in Mansa have secured a conviction of a 47-year-old woman, Bridget Nayame for aiding and abetting illegal immigrants.

And the department also arrested 19 persons between October 25-28 for various immigration offences countrywide.

In a statement issued to Newsdayzambia.com, Department of Immigration Public Relations Officer Namati Nshinka disclosed that Nayame was arrested earlier this month in Chipili District for engaging two illegal Tanzanian immigrants to harvest timber on her behalf.

“This is contrary to section 46 (1) (a) of the Immigration and Deportation Act number 18 of 2010 of the laws of Zambia. Bridget Nayame was arrested on 17th October, 2018, in Chipili District for engaging Azan Abdallah, 48, and Paulo Nyanga, 45, both Tanzanian illegal immigrants, to harvest timber on her behalf. She was sentenced to pay a fine of K60, 000 or in default 2 years simple imprisonment,” he said.

The two Tanzanians were convicted and each sentenced to pay a fine of K10, 000 or in default 16 months simple imprisonment for the offences of unlawful entry, unlawful stay and engaging in employment without a permit.

He stated that the move would serve as a deterrent to Zambian citizens who were in the habit of aiding, abetting and harbouring illegal immigrants in the country.

And one Congolese in Lukwesa village was convicted and sentenced to pay a fine of K700 or in default 4 months simple imprisonment for unlawful entry. “Anyone wishing to engage a foreign national in any occupation or business must first ascertain their immigration status to avoid being sanctioned by the Department of Immigration.” Nshinka warned.

The Department has also arrested 19 persons between October 25-28 for various immigrations offences countrywide.

“There were two Malawians in Katete and one Congolese in Katima Mulilo, all for the offence of unlawful stay. Others were one Malawian in Lundazi and one Congolese in Ndola. Those arrested for unlawful entry were two Tanzanians in Serenje, one Malawian in Chipata and one Zimbabwean in Isoka. Others were one Zimbabwean and one Burundese, both in Isoka,” read the statement in part.

Meanwhile, the Department denied six persons entry into the country for failing to meet entry requirements.

According to Nshinka, during this period, immigration also removed five illegal immigrants from the country and deported one.

“Those removed were two Tanzanians and one Ugandan in Nakonde, one Malawian in Lusaka and one Congolese in Lukwesa. Meanwhile, one Zimbabwean in Mumbwa was deported from Zambia after serving a prison sentence for unlawful stay. The Department of Immigration between 25th and 28th October, 2018, also refused entry to six persons for failing to meet entry requirements for Zambia. These were three Chinese, one Indian, one Kenyan and one Ugandan.”