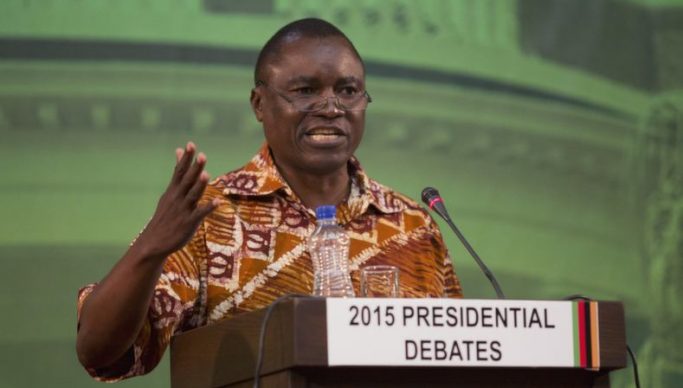 Opposition Green Party has welcomed the government’s intention to liquidate or privatize the state-owed Times of Zambia newspaper.

Last week, Information and Broadcasting Services minister Dora Siliya told parliament that privatization of the newspaper was one of the options available.

Sinkamba however said he had a problem with what he termed government’s piece-meal approach to reforms in the public media.

“Our view, as the Green Party, is that reforms of public media require a holistic approach not a piecemeal approach. As we disclosed in the manifesto of 2015 and 2016 elections, Time of Zambia needs to be privatised but the form privatisation must be in the model of management buyout,” he said.

Sinkamba said the Green Party was against selling remaining state owned entities through what he termed the model of to-whom-it-may-concern.

“It is our very strong view, based on prior privatisation arrangements, such as Copperbelt Energy Corporation (CEC), that privatisation through management buyout has demonstrated to be a better model of economic empowerment of citizens,” Sinkamba said.

“Furthermore, we have noted from prior privatisation arrangements that management buy-out models have averted workers’ suffering in the sense that the issue of pension benefits from government will not arise. Lessons learnt from previous privatisation models is that suffering of workers was more severe where receivership or liquidation have been options, and where workers’ fate  has been left totally in the hands of the new private owner. Management buy-outs have stood out exceptional, and should therefore be the way to go for any future disposal of such enterprises.”

He also called for the privatization of the national broadcaster, ZNBC studios.

“Furthermore, we strongly believe that in readiness for hand-over to management buy-out, it would be prudent for government to facilitate licensing, payment of salaries to staff for six months and if need be facilitate partnership agreements with prospective joint investors. Shareholding in the two companies could depend on the number of years served by workers so affected and pensions due,” said Sinkamba.

“In the case of Zambia News and Information Services (ZANIS), our view is that this institution could be realigned and merged with ZNBC to be the source of archival and rural news for the public broadcaster. With regard to Zambia Daily Mail, we believe that this institution could remain the government print media. However, we believe this could be re-aligned with Government Printers.  Further, we believe that Government could then facilitate procurement of printing presses and adequate upgrade capital so as to facilitate simultaneous printing of newspapers in each of the provincial capitals on daily basis.”