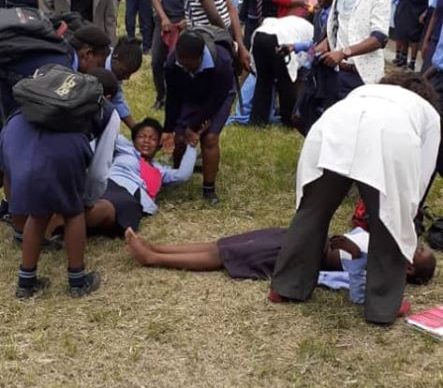 Some parents in Lusaka have called on government to temporally close schools.

Speaking to newsdayzambia.com this morning Maureen Mhango said the current situation in the country has greatly pose a great danger to the people more especially school going children.

Mhango said many parents were opting not to send their pupils to school for fear of being gassed.

“We are worried as parents because the gassers have now started targeting schools in our communities with the latest being Arthur Wina School, so we appeal to the ministry of education to close schools so that our children can be protected,” said Mhango.

She said school teachers will not manage to protect the children as the gassers are using the same pupils to gas other pupils at the schools.

And Moses Mwelwa said it’s worrying that no national address has been made by government over the current happening on the gassing.

Mwelwa told newsdayzambia.com that the silence by government had led the worsening of the situation.

He has since challenged parents to protect their children by not allowing them to report for classes.

“As parents let us unite for the safety of our pupils as we are not being helped by the police or government, we say our children are our future leaders but we are not protecting that future,” said Mwelwa.

Three schools in Lusaka have been gassed using children.