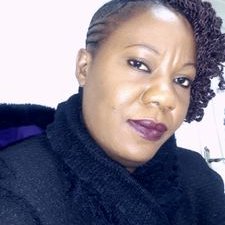 THE Office of the Auditor General is worried that local councils have continued to exhibit poor governance in operational and financial matters.

The report of the Auditor General on the accounts of local authorities for the financial years ended December 31, 2015, 2016 and 2017 is out.

According to Office of the Auditor General head of public relations Ellen Chikale, the report contains worrying revelations of failure to remit statutory and other obligations as the highest irregularity standing at K424 million.
Chikale stated that the report also ranked failure to settle staff obligations as the second highest irregularity at K152 million for the period under review.

“The implication for these irregularities is that government is deprived of revenue in the case of non-remittances and for NAPSA and LASF contributions, this may disadvantage the employee of his benefits at the time of termination of their service,” Chikale stated.

“The councils also failed to collect and account for revenue in amounts totalling K33 million and K502,000 respectively. Unsupported payments stood [at] K27 million, whilst misapplication of funds was at K12 million. The implication of these irregularities is that these resources could have gone into service delivery thereby contributing to socio-economic development of the citizenry and their communities.”

She added that some of the principal findings in the report included the failure to prepare financial statements, lack of updated valuation rolls, lack of title deeds, failure to fill key positions, failure to maintain properties and failure to adhere to the provisions of the environmental management Act.

Other irregularities contained in the report, according to Chikale, include unaccounted for stores, irregular procurements, questionable payments and failure to insure assets, among others.

“The Office is concerned that local authorities have continued to exhibit poor governance when it comes to operational and financial matters. It is the wish of the Office of the Auditor General that these irregularities should be addressed if councils are to provide quality service delivery and development in their respective communities,” stated Chikale, adding that the report was tabled in Parliament on Wednesday, July 31.

“[It] is now a public document that can be accessed from the Office of the Auditor General in Long Acres or the Office’s website www.ago.gov.zm.”