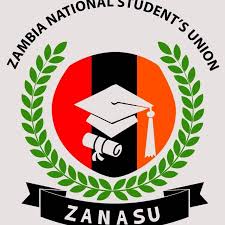 The Zambia National Students Union (ZANASU) has welcomed the decision taken by Minister of Higher Education Brian Mushimba to reopen the Copperbelt University (CBU), and reinstate all expelled students.

Zambia National Students Union President (ZANASU), Misheck Kakonde says the decision to reopen the Higher learning Institution has been long overdue, adding that closing of an academic institution for such a long time, has adverse effects on the academic progress of the students.

“We welcome the decision, though it has been long overdue because closing up of such an institution has a huge effect in terms of the academic progress of students,” he said.

He added that such closures paint a bad picture on institution and its entire administration, adding that the facility does not only admit local students but also international students who cater for their own fees, thus disturbing their progress.

He stressed that government should be able to find other ways of handling conflict resolutions within academic institutions, to avoid building up of anarchy among the students.

Kakonde has further commended the authority for reinstating the institution’s Students Union as it is constitutional and within right that such a facility is provided with a union, in order to operate diligently.

“It is constitutional that for every university to operate, it must have union leaders because there must be a proper channel of communication between the students who are also the major stakeholders of the university and the government, and that can only be effected if a student union is present,” he noted.

He has further urged the reinstated students to focus on their studies and further find better ways of showing their displeasure by engaging management and government as equal partners, in finding lasting solutions.

The Copperbelt University is expected to reopen on August 18th, 2019, after being closed indefinitely on April 2nd 2019, by then Minister of Higher Education, Nkandu Luo, following student unrest.

Announcing reopening of the institution, Dr Mushimba also said the students would be surcharged for damage they caused to the university and public property.