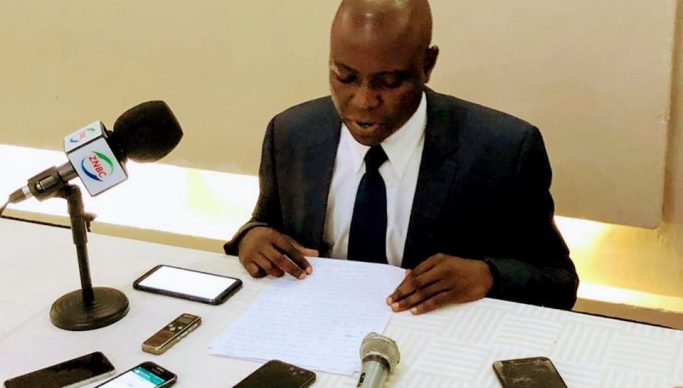 Speaking to Journalists at Chrismar Hotel in Lusaka this afternoon, Mutti said he had served the opposition party with diligence and humility since joining them in 2012 but that he was no longer ready to work with people who were bent on mistreating people that work for them with impunity.

“Fellow Zambians, there comes a time in everyone’s life to make a decision for a better tomorrow.

“I have been a member of the UPND since 2012 and have executed my duties diligently. My contribution to the UPND is unquestionable. However, lately, the behaviour of the party leadership has left me baffled,” he lamented.

Mutti revealed that ever since attending the Pass out Parade for the Zambia Correctional Service and commissioning of Nyangu rural health centre officiated by President Lungu, he had received the most unfair treatment from the UPND which had shocked him when he was obliged to attend the event.

“I find it strange for UPND leadership to want to punish me for such an undertaking. Enough is enough. I have persevered for a long time but I feel it is now time to move on. One would wonder why all regions except Southern and Central Provinces have Council Chairpersons, Councilors and MPs being punished for attending state functions. “

“I find this segregative attitude to be strange. Therefore, I want to tell the nation that I have today, Monday, the 22nd day of July 2019, resigned from the UPND as a member and also as Council Chairperson for Kaoma Town Council, “he said.

He announced that he was joining the ruling Patriot Front with immediate effect because President Lungu had proved to be an all inclusive, progressive and just leader who meant well for Zambia.