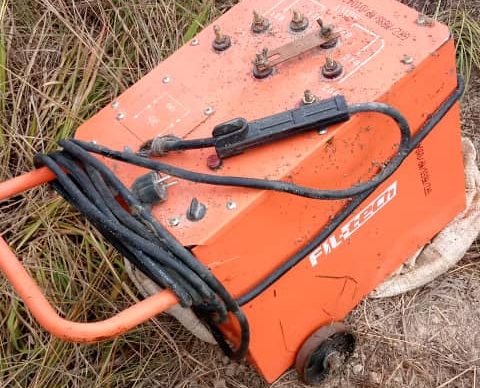 Police in Muyombe District of Muchinga province have  recovered the welding machine that went missing at Muyombe secondary schools.

It was alleged that unknown persons broke into the Shelter where the School Hammer Mill and Welding Machine were  kept.

Njase said that the suspect stole a Welding Machine valued at K15,000, the property of the School, which occurred on July 3rd 2019 at unknown time.

“Acting on this report,investigations were instituted which led to the apprehension of a male Escolen Mugala aged 34 of Muyombe Village who was once employed by the School as a caretaker,” said Njase.

Njase disclosed that after an interview the suspect revealed that he worked jointly togather with Evans Chola, 36 a teacher at Muyombe School.

” Both suspects are detained in Police custody and will appear in court soon, ” he said .