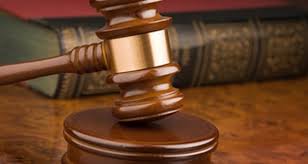 By Staff Reporter
FORMER EcoBank Zambia managing director Charity Chanda Lumpa yesterday testified how she was swindled out of K76,600 by two pastors.
The accused are alleged to havelied that they will plant Moringa seedlings at a farm in Chisamba for her but did not.
Pastor Charles Harris, 57, of 5 UTH flats and pastor Tobias Timbani, 54, of 1525 Chilumbulu road are charged with one count of obtaining money by false pretences.
It is alleged that Harris and Timbani between April 3 and May 29, 2018 at Lusaka jointly and whilst acting together with intent to deceive or defraud obtained K76,6 000 from Lumpa by falsely pretending that they had Moringa trees for sale.
The duo pleaded not guilty.
Testifying in the case before magistrate Betty Malupenga, Lumpa said she demanded for a refund of her money from pastor Harris and pastor Timbani after months past without the project of planting Moringa trees taking of.
She said she paid the two pastors who are also directors of Yahat Green Limited in two installments of K25, 000 cheque and US$5,000 which she transfered from her offshore account but they never fulfilled the agreement of growing the Moringa.
She said she was introduced to pastor  Timbani by her friend Princilla and in the process she got to meet pastor Harris in order to discuss the Moringa project.
Lumpa said after meeting the two pastors, she went with them to her farm in Chifwema to go and check whether the trees could be planted there but she was advised that the land was rocky.
She said around March 2018, she was taken to Chisamba  by pastors Harris and Timbani to find  suitable land for growing Moringa and they found a piece measuring four hectares .
Lumpa said she drove back to Lusaka after viewing the land and went to the pastors offices  at Provident House on Cairo road where she signed a contract.
She said it was agreed that they would do four hectares of Moringa but they would purchase the seedlings and prepare the seeds, prepare and plant and that she needed to pay K76,600.
The witness said sometime in April 2018, she gave a cheque of K25,000 to pastor Timbani who personally went to collect it from her home.
Lumpa said in May last year after pastor Harris sent her a schedule of what was going to be done, transfered the balance of US$5,000 which was equivalent to K51,600.
She said after sending the balance, it became difficult to get hold of the two pastors who were managing her in terms of the project.
Lumpa said she kept on inquiring about it on the seedlings but I was being told that the rate of success would be poor because it was June.
She said by August last year nothing had been planted as such she demanded a full refund of the money but he gave him time to refund the money by first week of November 2018.
Lumpa said when time came for the pastors to pay back the money, pastor Harris asked for extension to end of November which she granted him but asked him to pay back with interest.
She said pastor Harris said he had applied for a loan of US$10,000 which he intended to use but he still failed to honour his promise by November month end.
Lumpa said pastor Harris became difficult as he kept on giving stories until March 2019 when she reported the matter to the police.
She said she has not recovered any money from the accused.
The matter was adjourned to July 22 for cross examination.