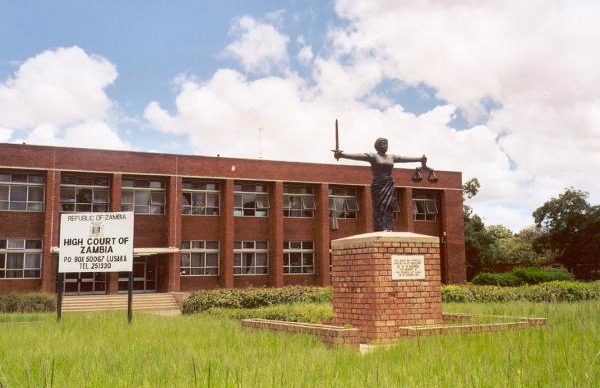 A LUSAKA widow has sued three women in the High Court who are claiming benefits from her late husband’s estate because he had children with them.

According to originating summons filed in the Lusaka High Court principal registry, Agness Chilongo Simwanza  has sued Lucy Diana Chirwa, Precious Nyaondo and Judith Nakazwe, seeking an order directing the three women, who are claiming interest in the estate of  late Auckly Simwinga, to provide evidence of paternity of their infants.

Agness is also seeking a declaration on how much the alleged infants, after proving paternity of their infants, would be entitled to.

Agness further wants the court to declare that the failure by the three women to provide evidence of paternity makes only the two children of the family to be entitled to the estate.

She stated in her affidavit that she got married to her late husband Simwanza on November 22,1999.

Agness stated that during their marriage, they only had two children of the family and to her knowledge, her husband had no other children outside wedlock or before their marriage.

She stated that during their marriage, they acquired various properties ranging from real to movable ones.
Agness explained further that when her husband died in 2018, she was appointed administrator together with her two daughters and sister-in-law.

She claimed that during her husband’s funeral, three women appeared and begun demanding for a share of the estate on behalf of their infants who they claimed to be deceased’s children.

Agness stated that the women begun demanding and suing her and the other administrators  and some went to her house demanding for a share of the estate for their infant children.

She said Chirwa and Nyaondo commenced court process against her and the estate
in the Chilenje Local Court.

Agness said Chirwa claimed that she has two children with her husband and has an interest in the estate.
She stated that when the Chilenje Local Court disposed of the matter, she received other summons from Chirwa and Nyaondo.

Agness however, said Nakazwe did not  sue  her but had been calling her directly, alleging that she also has two children with the late husband.

She added that the three women voluntarily gave her their children’s  birth records with the view to prove their interest in the estate but her lawyer advised her that proof of paternity was important to a claim of being a legatees and that birth records only were not enough.

Agness stated further that her counsel advised that the proof of paternity was a cardinal ingredient to a claim of being a legatees of an estate and that a birth record alone is not conclusive evidence with the exception of children of the family.

Agness is seeking the indulgence of the court to order the three women to prove evidence of paternity and stop harassing her and the estate with unfounded allegations.