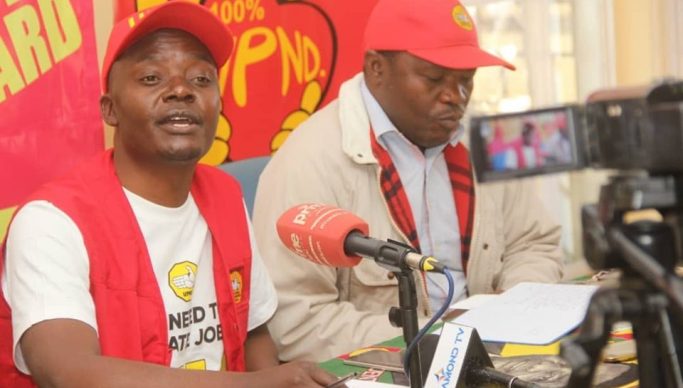 The UPND says the K110 price for a 50 kilogramme bag of white maize announced by the Food Reserve Agency is uneconomic, a serious distortion and a departure from the norm where market forces ought to compete.

The Union argued that the cost of production had increased and continued to escalate while the asset base of farmers had been wiped out by the adverse weather pattern which had been prevailing season after season since 2015 and the hostile macro-economic environment.

Addressing journalists in Lusaka yesterday, UPND chairman for agriculture, food and water development Levy Ngoma said any reasonable government should be there to protect its peasant farmers or the farming community.

He noted that the UPND was appealing to the PF government to be considerate and create an enabling environment in which agriculture becomes sustainable as: “it has the potential to become the backbone of our economy.”

“We urge the PF government, through the FRA, to quickly search its conscience and reconsider this year’s price of maize, if not for national food security but for the farmers whose lives entirely depend on their crops, in the midst of harsh economic times,”

“We are saying that the decision by the Food Reserve Agency (FRA) to peg the 2019 price for white maize at K110 per 50 kilogramme is a complete distortion of the market dynamics in the country.”

He added that his party was mindful of the fact that legislation gave the FRA, among the many functions, two major mandates.

“One is to secure national food reserve and secondly to be the buyer of the last resort,” Ngoma said.

“Unfortunately, the private sector currently is buying a 50 kilogramme bag of maize from the farmers between K150 and K200. With this uneconomic price announced by the FRA, we find it to be a very serious distortion and a departure from the norm where the market forces are supposed to play a leading role, as far as marketing of farm produce is concerned.”

Ngoma further pointed out that the FRA – private sector maize price difference was: “quite unfortunate” as it led to most vulnerable and desperate farmers to sacrifice food security for quick cash.

“This, definitely, is compromising our national food security in the country. If not curtailed, this trend, not only does it pose a danger to farmers, it has got the potential of limiting the bargaining power of the farmers.”

Meanwhile, Ngoma lamented that instead of the PF government bringing normalcy in the marketing of maize in the country,” it has gone on rampage to bring about total confusion.”

“This confusion by the Patriotic Front and the FRA is uncalled-for. The Patriotic Front, in connivance with the FRA, has failed to live up to the consensus reached by the stakeholders where it was agreed that the price of maize be set between K130 and K150 per 50 kilogramme bag,” said Ngoma.