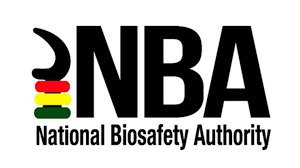 In May 2019, the Scientific Advisory Committee of the NBA recommended to the board on the issuance of permits after risk assessment was conducted on the products that may contain GMOs and were found to be safe for human consumption.

“As the NBA we would like to reiterate that food safety is very important and we cannot allow any food or feed which is not safe for human consumption nor for use as animal feed to be on the market. As such products which have been allowed to be on the Zambian market by the NBA have been established to be safe for consumers,” Dr. Zambezi said.

The NBA is currently reviewing other permit applications which are at various stages.

Meanwhile, the NBA has granted 45 permits (for import and placing on the market ), three research permits, registered five Institutional Biosafety Committee, and issued four Non- GM clearance certificates for export from 2016 to date.

“During our term of office, which comes to an end this year, the NBA also initiated the process for the review of the Biotechnology and Biosafety Policy, developed the Inspectors manual and draft guidelines on Contained Use and Confined Field Trials, rolled out inspections and appointed External Inspectors,” he said.
And NBA Registrar and Chief Executive Officer, Lackson Tonga observed that there was considerable response from the distributors and traders as regards to compliance levels with respect to provisions of the Biosafety Act No. 10 of 2007.

“This can be seen in the willingness by the distributors and traders to renew permits and also in the increase in permit applications by relevant clients that we continue to receive,” he said.