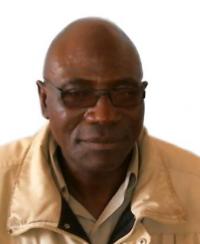 By Staff Reporter
ITEZHI-Tezhi  UPND member of parliament Herbert Shabula has been sued in the Lusaka High Court for failing to pay  K180, 000 for the purchase of a Range Rover Vogue motor vehicle.
According to a statement of claim filed in the principal registry, Mike Likando Matakala is claiming payment of K180,000 with interest.
He is also seeking costs plus other reliefs.
Matakala stated that on June 7, 2018, he sold his motor vehicle, a Range Rover Vogue, black in color and bearing the registration number  BAA 3340 to Shabula at K180,000, which was  to be paid on July 30, 2018.
He stated that Shabula has failed or neglected to  settle the amount of money involved, as agreed, despite repeated  efforts to get him to do so.
Matakala claimed that Shabula has had custody of the vehicle for a year but has failed to pay for it making him suffer losses.
He is demanding payment of the money with interest, saying the court should compel the legislator to pay him as he was entitled to receive the sum.