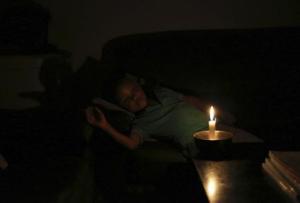 The power utility company, ZESCO has announced the commencement daily four-hour load shedding from June 1, 2019 due to low water levels in the major water reservoirs in the country.

“It is sad that this is happening at a time when we should be making all efforts to find ways and means to resuscitate the ailing economy,” he said.

He said that the biggest casualties when this happens will be the Micro, Small and Medium Enterprises (MSMEs) whose businesses are highly dependent on a steady supply of electricity.

“An immediate consequence of this will be a reduction in productivity in these businesses, which will further result in even slower economic growth of the country, given the significant role played by small scale businesses in job creation and income generation,” he said.

“In addition, the expected loss of business due to load shedding will most likely push the business to consider laying off some workers as a way of meeting losses. The commencement of load shedding will, therefore, further divert the economy away from the path of economic recovery”.

Mwaipopo said the effects were likely to be worse than the ones experienced in 2015 as the country was already in dire distress.

“Though necessary, will only make the situation worse. We must not forget that we as a country have not fully recovered from the effects of the slowdown in our economy experienced in 2015. Thus, the situation we find ourselves in now raises more anxiety,” he said.

Mwaipopo has urged the Zambian government to seriously consider relooking at its energy sector investment strategy as the current investment strategy does not seem to be yielding results in helping the country to avert the effects of power deficits triggered by poor rainfall.

He added that one alternative will be to consider investing heavily in other sources of energy such as solar and biofuels.

“These alternatives will not only be cheaper but will also be more sustainable. The fact that we are alive to the challenges posed by climate change which will continue to affect us means we should adopt proactive strategies as opposed to being reactionary every time there is a problem,” he said.

He has also called on ZESCO to consider strategically implementing the daily four hours of load shedding in a manner that will not affect business for the MSMEs.

“It will save no purpose to load shed the places where business takes place during the busy working hours when production is expected to be at its peak. The logical thing to do will be to consider load shedding these areas during off peak periods,” he said.